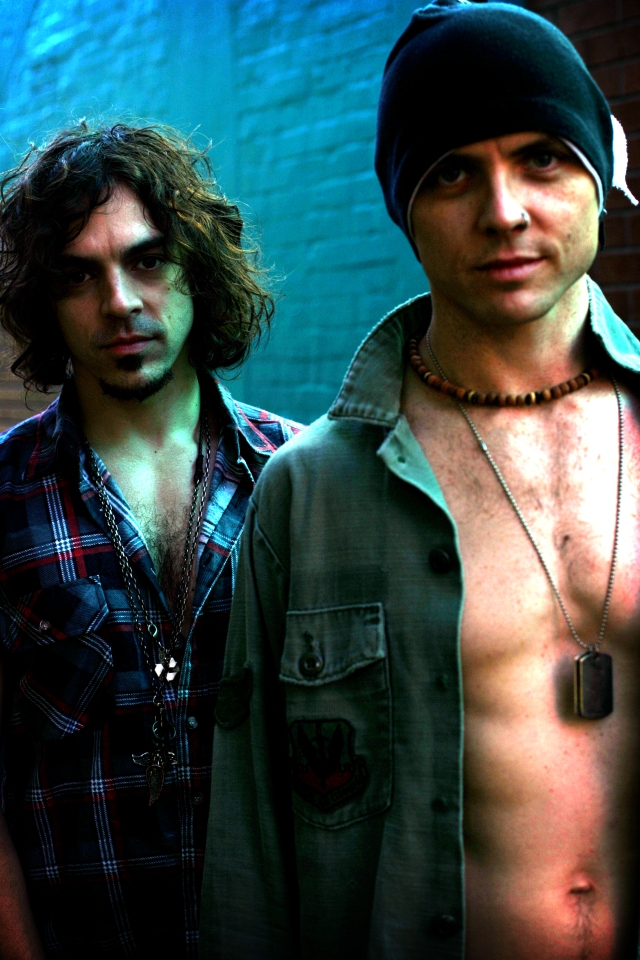 After wrapping up their first national tour and spending many sleepless nights in the studio, the long wait is over, as Nat Col & the Kings prepare to hit the road again on their second national tour, unleashing their 2nd EP, ‘Simple Things’ on the world. With 5 confirmed shows to launch their 2nd EP, everyone here at the Sando is excited that we’ve been included on the tour.  In previous shows, such as their recent support spot for Rose Tattoo @ The Sando,  Nat Col & the Kings  have blown crowds away with their new-generation stomp blues, and contine to make it obvious that they are here to stay.
Nat Col & the Kings is the combination of guitarist Nathan Cavaleri, who has toured with BB King and jammed with everyone from Michael Jackson to Diesel, and former Screaming Jets Drummer Col Hatchman. With two individually amazing artists, from very different musical backgrounds, it is clear that together as Nat Col & the Kings, Nathan & Col are making their own rules as they continue to grow their own style and sound that has some solid influences from their own musical backgrounds and their guests on stage.
Their first national tour saw Nat Col & the Kings take on the east coast, with nothing but positive outcomes as they concluded the tour with two incredible shows at Byron Bay Bluesfest, before heading straight for the studio to work on their latest addition to their EP collection, Simple Things. This show is definitely not one to be miss, and with two great supports- Carrie Phillis & The Downtown Three and Bittersweet Kicks– you’d better get there early to soak up the entire atmosphere!

With Carrie Phillis & The Downtown Three and BitterSweet Kicks